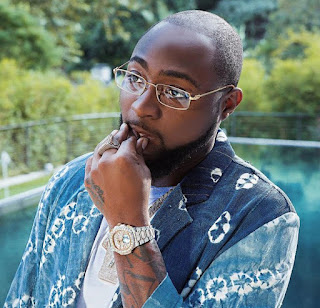 Gearing up for the release of his sophomore album, Davido music boss, Davido has requested for his fans to name the upcoming body of work.

OBO took to his twitter handle via: @iam_davido to make this announcement  on the 22nd of August, 2019.

The blow my mind crooner also revealed that his forthcoming album is almost done, with only 3 songs left to record.

It’s obvious that his sophomore album is expected to drop soon due to his latest announcement. 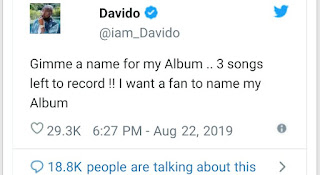